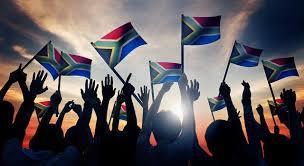 I saw three sheets . The first was held up by an angel who told me to look behind the sheet. I could see much bloodshed that had occurred but nothing presently happening. I asked him what is this and he said this is the bloodshed that has been known in this Nation. It was immense and very horrible. I could see on the sheet that blood stained it everywhere. As I watched I saw a small stream that formed in the North and grew into a mighty river. As it grew it washed the carnage and blood away but I also noticed that it washed the wicked away and particularly the minds and brains of them were washed away. They washed out to sea and I couldn't see them anymore. It was gruesome but it flushed the Nation of what was, what had been history, and what the people thought was their destiny.

The Angel then pulled up another sheet and it hid the dark places in the land. As I looked closely I saw the sheet bleeding a pure liquid. In some places it looked like super glue. It sealed chasms and wounds in the earth and as I looked further I realized it was also healing hearts and thoughts. It left a residue like snow across the earth and all across the land. I watched joy come on the people and a deep peace that invaded those who had previously been the most broken. The Angel said, “Redemption, redemption, redemption! The refining is done!" He then said, “Many who fled from the violence will return to the inheritances they have in this land. The wealth is going to be restored and the mines are being clothed and reopened with purity because they will supplies for the Harvest that comes. This is a rapid thing. The economy of this Nation will supply for many. It will not be many days. Purity is going to wash out corruption in every arena. Repentance is on the way.” The sheet remained over the people.

The Angel then lifted a third sheet and I could see many angels at work. They began building infrastructures. I asked the Angel, “What are they doing?” He said, “They are putting in place what no man has ever known to put in place. They are putting in the Ways of God without religious forms and patterns. These Ways are what will nurture the lost that are coming. These Ways reflect what the father of the prodigal son implemented. These Ways are love expressed with a heart of mercy. They are structures to fully mature the disciples who are coming.” Then he said, “Look, and I looked to the East and from Durban I watched as a many knees fell to the pavement as they recognized The Lord, their Lord was in their Land more visible than He ever had been. Harvest time had begun in South Africa. Many turned to the Lord. The promise spoken for many years by the Prophets over the land that South Africa would bear the mark of a first fruit Awakening was here. I saw Jesus standing across the land and He said, “South Africa, Now, Now is the Time!” He looked at me and said , “Danny, tell them their is no more delay, no more heartache, no more visions laid down. Tell them the time is NOW, NOW, NOW!” He said, “As they hear this word it will be as a trumpet for many to return to the destinies God gave them in their childhoods. It will be as an order given where they will mobilize and recognize that the three sheets have happened. The first is over. The second is completing. The third had begun. It’s Now, Now, Now!

(The Lord told me on February 7 that "The Time for South Africa is Now, Now!" He also told me to tell people more was coming. This morning He met me and gave me the rest of the word.)

Subscribe to receive email updates with the latest news.